When you pick up a hymnal or book of songs, you usually find the composer and author of the lyrics listed at the top of the page, near the title. When both music and lyrics are written by the same person, often just the person’s initials appear. Today, November 7, marks what would have been the 100th birthday of one of the most popular and beloved writers of gospel songs, Beatrice Bush Bixler, or B.B.B.

Bea was a gifted and prolific song writer. After attending Houghton College for two years, she toured with evangelist Burton B. Bosworth in the late 1930s and early 1940s; Bosworth was a trombone player in addition to a speaker and it was there that Bea first accompanied a trombonist. It was not to be her last time doing so. She continued and finished her studies at Nyack Missionary Training Institute, later renamed Nyack College, where my wife’s father met her when he was in school there after World War II. She went on to publish dozens of gospel songs including Life is a Symphony, I Am Not Worthy, It May Be Today and The Breaking of the Bread, many of these were featured in the song  books by Singspiration, Favorites. These songs were particularly popular in the 1940s through 1970s in church meetings and revivals. Singspiration published two books of her music, now out of print, that contain many of her most beloved songs. 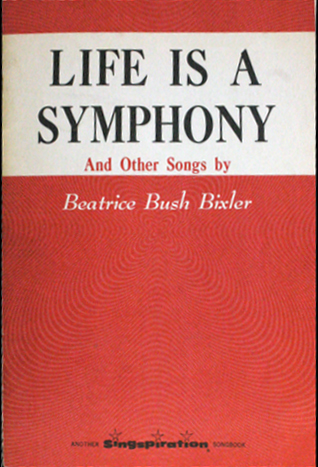 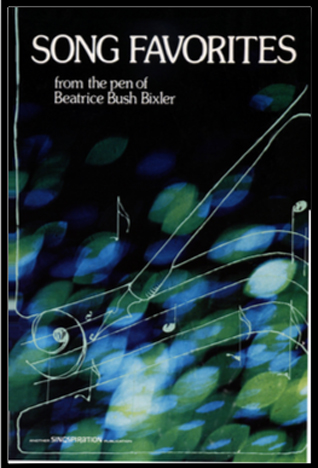 Bea Bixler had a style that was all her own. I’ve often described her voice as that of a rough-hewn Kate Smith. Her piano playing was, at times, typical of the style used among evangelical Christian pianists of her time – fingers running up and down the keyboard, huge waves of sound that swept over you like a mighty wave. But Bea also had a beautiful, poetic piano touch that could melt your heart. She recorded two LPs of her singing, also long out of print. 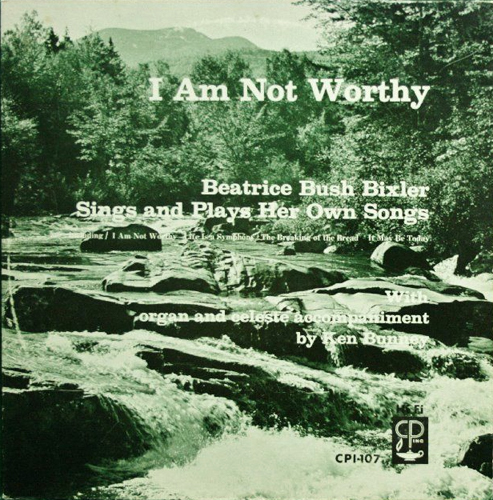 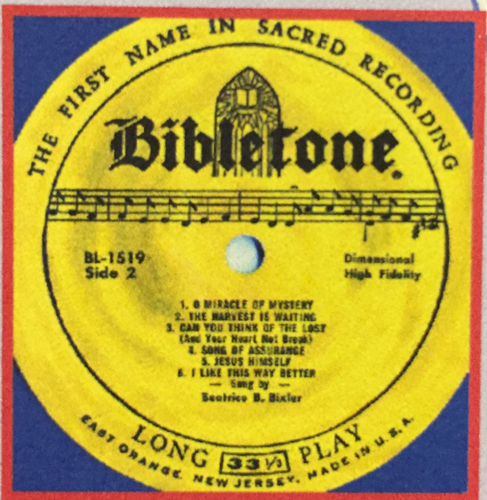 Here is a track of her singing (and playing piano) on the Bibletone Records LP, BL-1519, her song, It May Be Today:

I had the pleasure – no, the joy – of meeting Bea Bixler many  years ago at the Hepzibah Heights Camp in Monterey, Massachusetts. From that first meeting our family forged a deep friendship, one that came to particular fruition when I recorded my CD, Cornerstone, in 1999. That recording featured music that my wife and I had played in churches over the years and I wanted to use four pianists with whom I had collaborated many times over the years. In addition to my wife, Patricia, the other pianists were Stephen E. Gerber, Wesley Ross and Bea Bixler. The photo below shows all of us at the recording session on November 4, 1999:

Bea died in 2013 but her influence is still felt today by those who knew her and heard her music. The wife of a Christian and Missionary Alliance pastor, she loved Jesus deeply, and she was vivacious and energetic. I treasure the times our family had with her, enjoying the stories of how she came to write her songs, collaborating with her in music, and listening to her robust laugh.

Click here to hear a track from my CD, Cornerstone, with me on bass trombone and Bea Bixler at the piano, playing her song I Am Not Worthy. She improvised her accompaniment at the recording session; it makes me smile as I remember this remarkable woman. Beatrice Bush Bixler, B.B.B. A dear friend and saint of the Lord who would have been 100 years old today. 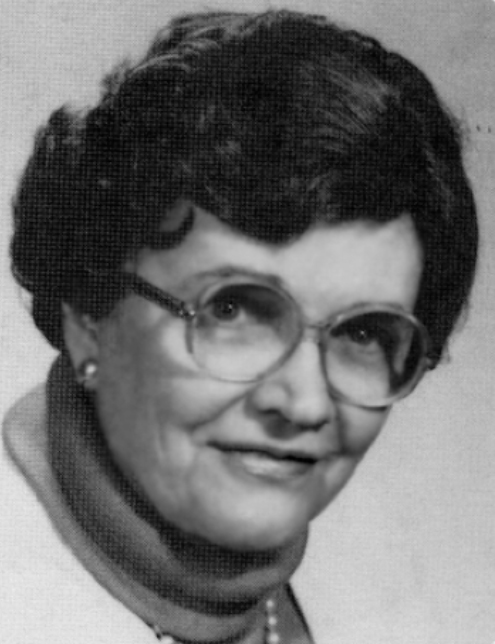