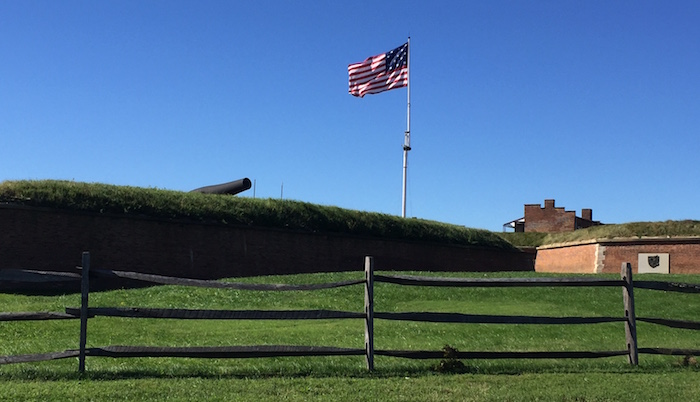 I’ve recently returned from a week in Baltimore, Maryland, a trip that had many facets and which returned me to the place where my professional orchestral career started. Before joining the Boston Symphony Orchestra in 1985, I was bass trombonist of the Baltimore Symphony Orchestra from 1981-1985. In those four years, I was part of a great low brass section along with Jim Olin, David Fetter, Eric Carlson and David Federley (tuba); the photo below was taken in the fall of 1981.

Returning to Baltimore brought me down to the city’s Inner Harbor, a superb urban development project that began just before we came to Baltimore more than 35 years ago. It was nice to see the changes to the area over the years, particularly the new stadiums for the Baltimore Orioles and Baltimore Ravens, both very much tied to the fabric of downtown Baltimore. The U.S.S. Constellation, the 1854 “tall ship” that served as part of the US Navy for over 100 years and seen in the background in the photo above is still there. 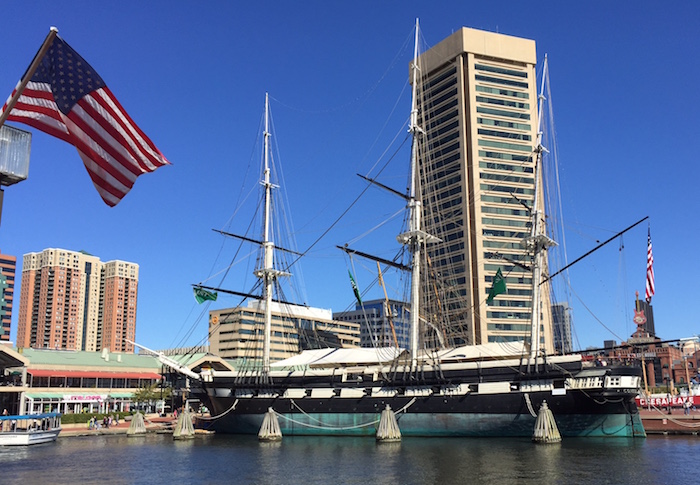 I also gave a master class at the Peabody Institute where I was on the faculty during my time in the Baltimore Symphony. It was quite nice to be back in that venerable place, with so much that was familiar but so much that was new. I very much enjoyed working with several talented Peabody students, including Jahi Alexander, shown below, who is a student of the Baltimore Symphony’s current bass trombonist and my former student, Randy Campora. 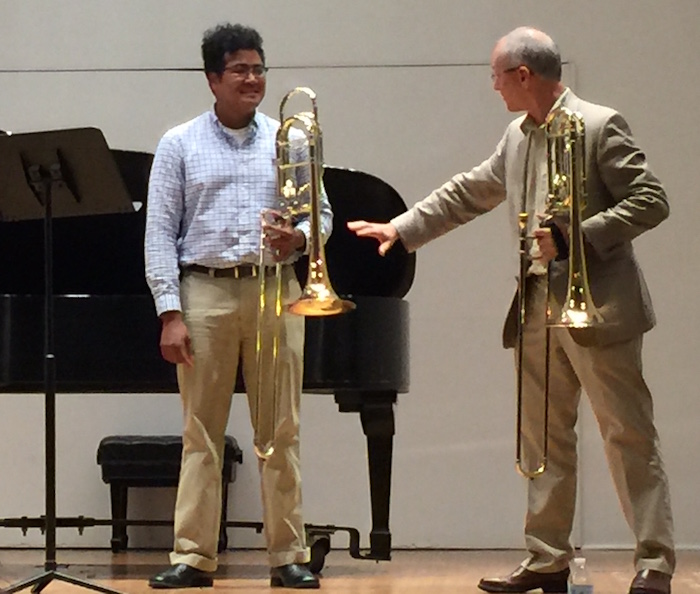 We also visited Fort McHenry (photos at the top and bottom of this post), particularly known as the site of a ferocious battle during the War of 1812. I had never been there before but I as very happy to finally get there. Our visit was a very strong moment, even emotional, as we learned the history not only of the battle but of its lasting consequence: the writing, by Francis Scott Key, of the words to our National Anthem, “The Star Spangled Banner.”

Our National Anthem is in the news these days, in particular because a small number of athletes have decided not to stand when it is played before the start of a game. They are doing this, they say, to protest the the anthem’s final words, “The land of the free and the home of the brave,” which they feel do not apply to all people in our country.

Everyone, it seems, has an opinion about this, although some writers have seen evidence that people  overwhelmingly see the gesture as being, in the words of Supreme Court Justice Ruth Bader Ginsburg, “dumb and disrespectful.”

Yes, our country has problems. Injustice exists. But I have been to 30 countries in the world on five continents and have seen how governments work. There are many good things about many countries in the world. But my late father had it right when he often said, “The American system of government is the worst in the world. Except for all the others.” The glory of the United States is the freedoms we have. Freedoms like those in no other place in the world. Our National Anthem is a symbol of our hopes and aspirations. In the face of injustice, we turn to that hope and work in meaningful ways to make positive change. Choosing to not stand at the playing of the National Anthem does not protest against injustice; to many, it is a selfish, narcissistic gesture that accomplishes nothing but draw attention to an individual. When we stand for our National Anthem – even while we are fully aware of the imperfections of our country – we honor those who have served our country to ensure our freedoms, we express gratitude for all that is good and right in our land, and we resolve to do better to improve the lot of everyone in our country. Standing while our National Anthem is played or sung is a rare gesture of unity in a country that is deeply divided over many issues.

Yes: athletes and others have the freedom to not stand for the National Anthem. That freedom is enshrined in our Constitution and Bill of Rights. And that freedom is celebrated in the words of the National Anthem itself. But those freedoms also include the right of others to call out those who do so as being selfish and “dumb and disrespectful.” See injustice? Work for justice. The battle of Fort McHenry and our National Anthem remind us of this.

O say, does that star spangled banner yet wave,

O’er the land of the free, and the home of the brave!