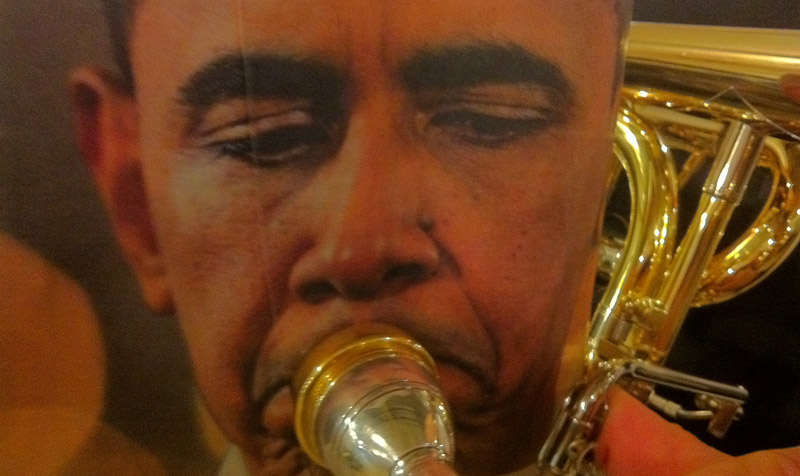 With today’s debate between US Presidential candidates Donald Trump and Hillary Clinton, we enter into an intense season of politics in the United States. It seems like the right time to remember a humorous incident that occurred several years ago regarding the President and the trombone

Things happen on the Internet and the Internet has a long memory. In 2010, after the mid-term elections, I was in my locker room in the basement of Boston’s Symphony Hall, preparing for the evening’s Boston Symphony concert. On the table was a copy of the day’s The New York Times, with a front page photo of President Obama: 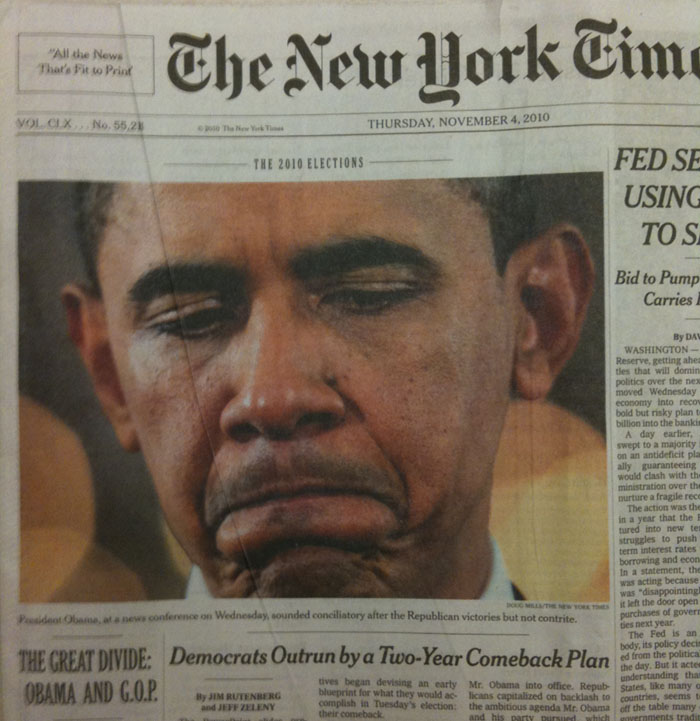 The President was wearing an unhappy face, but as I looked at the photo more closely, I saw some possibilities. I held up my Yamaha YBL-822 bass trombone to the photo and my Boston Symphony trumpet colleague, Michael Martin, snapped this photo, below. I was on to something… 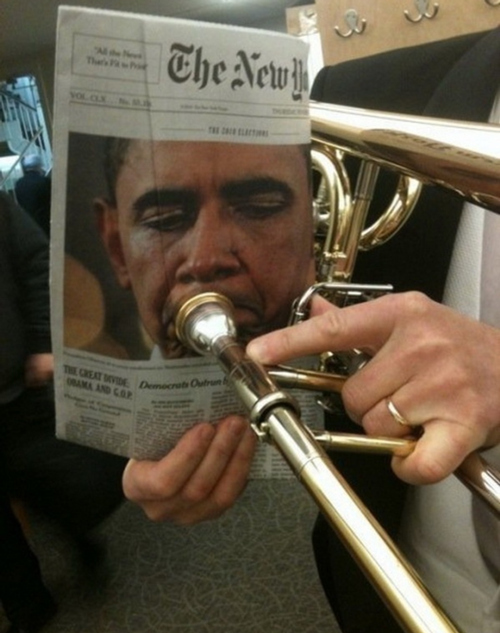 A few minutes later I walked down to an area in the Symphony Hall basement where I thought I could get a photo in better light. My Boston Symphony trombone colleague, Steve Lange, took this photo: 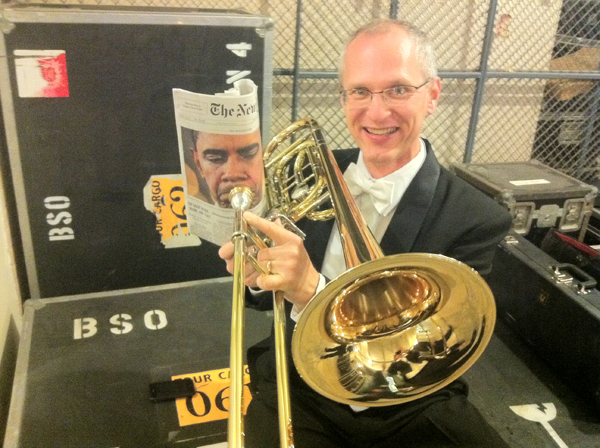 After a little careful placement of the mouthpiece and folding of the newspaper, Steve snapped the photo that heads this post. I cropped it and a few minutes later,  I made a post to the Trombone Forum with the photo.  I was not prepared for what came next. The photo went viral, passed around on many websites and fora. It made the rounds on Facebook, on Reddit, Twitter, Buzzed, Pininterest, and email. Hardly a week has gone by in the last six years when someone hasn’t sent the photo to me, wondering if I’d ever seen it. The photo got named “Baraque Trombone” and “Trombama” and “Obamabone.” If you do a Google search on the words “Obama Trombone” and click “images” you will see these images over and over and over.

When I saw the photo in The New York Times, I thought, “Hmm, I think the President might have a pretty good trombone embouchure.” One thing led to another. And now you know the whole story. All in a little fun. You just don’t have to send the photo to me and ask if I’ve seen it before.