Tomorrow is Memorial Day in the United States.  Observed annually on May 30 from its establishment in 1868 until 1970, it is now observed on the last Monday in May.

Memorial Day is a national day of remembrance for the men and women who have died while serving in the United States’ Armed Forces. For most people, it’s a holiday, part of a three day weekend, the unofficial beginning of summer. But it is important that we consider that the cliche—Freedom isn’t free—is actually true. Were it not for those who serve and have served in our armed forces, and for many of those who made the ultimate sacrifice and died in while serving, we here in the United States would not enjoy the freedoms we have today. Those freedoms are protected each day by those who, in the words of our national song, America the Beautiful, “more than self their country loved.”  We honor them on this Memorial Day. 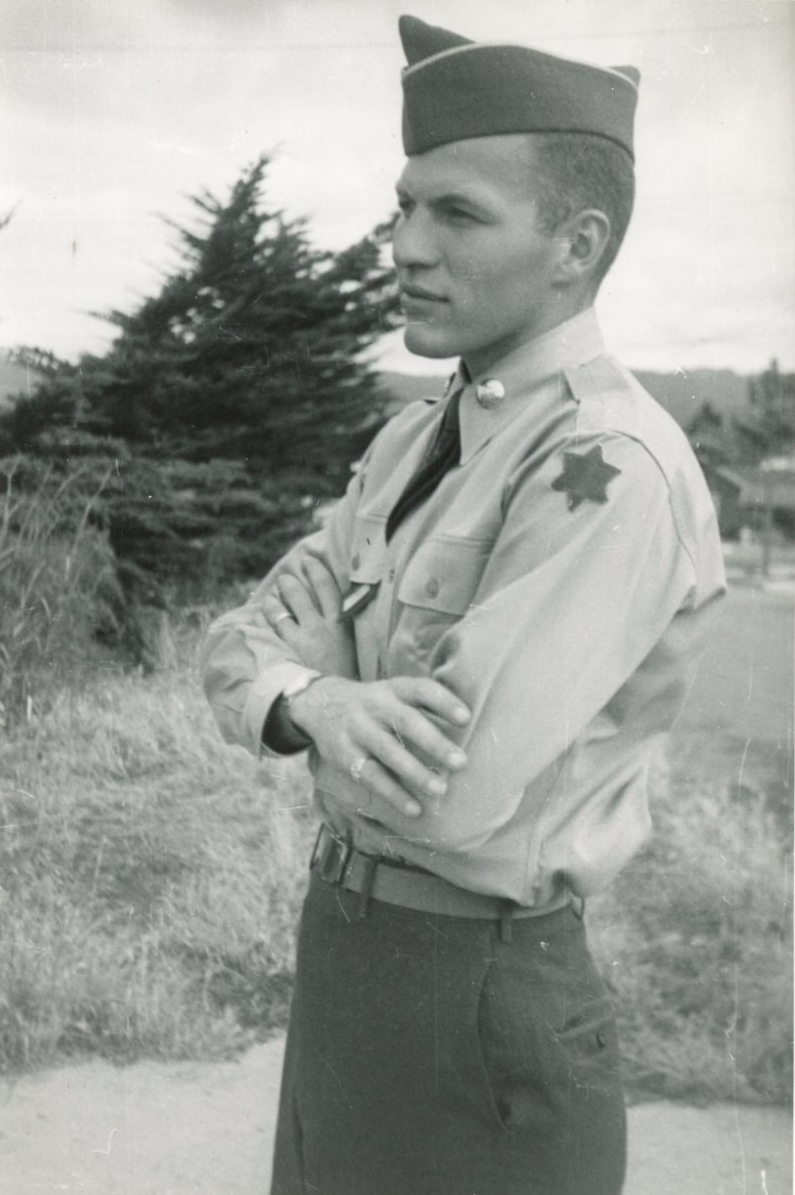 I have great respect for the men and women who serve in the United States military, who daily work to preserve the freedoms we have.  I am proud that my father, Alan Yeo (1930-2016), shown in the photo above, served in the United States Army from 1953-1955, in the days following the end of the Korean conflict. My father was stationed at Fort Ord, Monterey, California, as part of the 6th Infantry Division. I was born in May 1955, just before his discharge from the Army. My dad never went to Korea; never left U.S. soil. But he answered the call and served, and played his part along with countless others who have done the same.

Through my many years of teaching, I have been privileged to be the trombone teacher of many students who have subsequently gone on to serve in the U.S. military. At the moment, I have three former students on active duty, all in the United States Navy: Zachary Hollister (Bachelor of Music, New England Conservatory of Music; bass trombonist, U.S. Navy Band, Washington, D.C.), Ryan Miller (Master of Music, Arizona State University; trombonist, U.S. Navy Fleet Forces Band, Norfolk, Virginia), and Timothy Hutchens (Doctor of Musical Arts, Arizona State University; trombonist, U.S. Navy Band Southwest, San Diego) all are serving our country with a trombone in their hands as members of some of our military’s finest bands. I am honored to have been their teacher, and respect and thank them for their service.