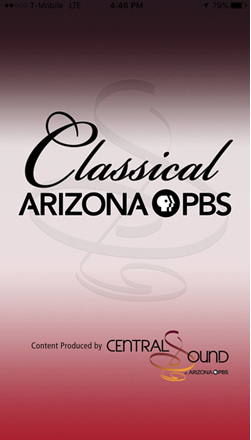 Over the years, I’ve given many interviews for radio programs. I’m still a big believer in radio; the format allows for imagination and a relaxed pace of conversation. Frankly, I’d rather listen to audio than watch television most of the time.

On occasion, interviews have had to do with particular events, such as my retirement from the Boston Symphony Orchestra in 2012; you can hear that interview, where I reflected on my long career in the Orchestra as well as my many collaborations with composer/conductor John Williams here:

Another interview from 2012 found me talking with Peter Stover of Classics Radio in Fredericksburg and Lynchburg, Virginia, where I talked about my Boston Symphony career and the intersection of my life in music with my Christian faith:

More recently, I was interview by Central Sound at Arizona PBS for broadcast on Classical Arizona PBS (KBAQ), Arizona’s public radio station. I only just learned that part of the interview was broadcast recently along with my performance of Jan Sandström’s Song Till Lotta (Song for Lotta), accompanied by pianist Aimee Fincher. This was a little divertissement in the middle of a broadcast of a concert by Arizona State University bands that also included a performance of Sandström’s Zephyr. In the interview, I talked about how I came to develop the trombone that I use and why I often say, “Trombone is something I do, it’s not who I am.”

This and a host of fine classical music radio programming is available for free and on demand with the Classical Arizona PBS app for iOS and Android. You can more information and download the app by clicking this link and once you load it, touch Music at the bottom navigation bar and scroll through the options to ASU in Concert – Feb 18, 2016 – Douglas Yeo and ASU Bands. While there, have a look at the other excellent offerings available. Happy listening!