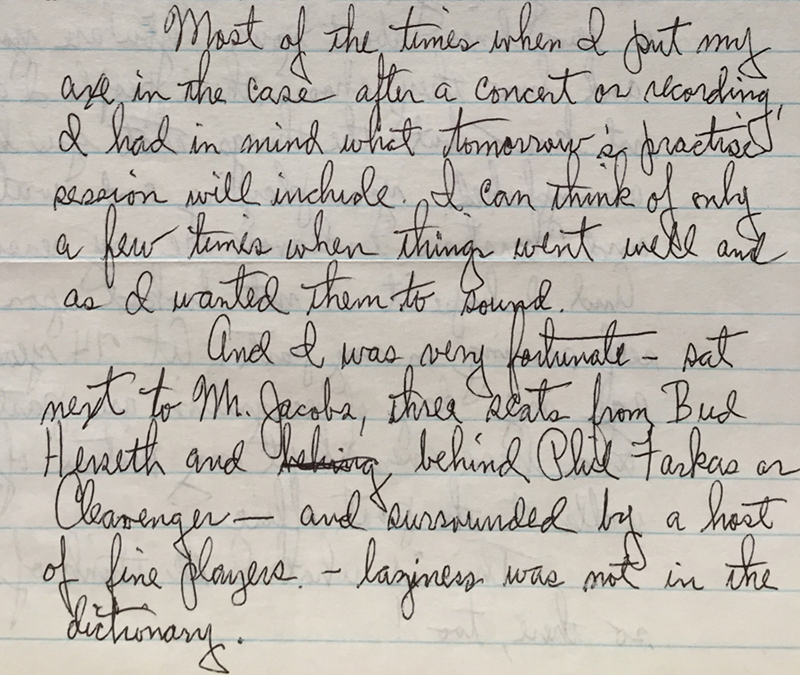 I’ve always loved to read and write. My father was President of the local public library when I was a young boy and books were my best friends. I read everything, but especially history. They say that music and math go together but not for me. My body rejected math and science and nobody was surprised that when I graduated from high school, I received the senior class music and English awards. Over the years I’ve written dozens of articles and book chapters, and I never tire of reading, researching and writing. It’s my nature, my innate curiosity to want to know more about things.

Before I decided to retire and enter this season of life, I sat down and made a list of projects I would like to do while I’m still on this side of the grass. It’s three pages long, single-spaced, and includes my desire – no, my intention – to write five books, three music arrangements, twelve articles, a museum catalog and several book chapters. And that’s just the writing projects on page one. One day at a time, and my work on some of these projects will be the subject of future blog posts. At the moment I am at work on three books simultaneously, having signed contracts to write books for Encore Music Publishers, University of Illinois Press and Oxford University Press. The deadlines for me to submit those manuscripts come over the next several years.

This past January, at our first Trombone Studio Class of the semester at Arizona State University, I took the time to give a master class on the subject of time management. Over the years, I realized that this is a big problem for a lot of people. Over the years I have developed strategies for juggling competing demands and one of them is this: when you have a deadline, don’t look at the due date and think that you have a lot of time to get the job done. Start working on it the day you receive the assignment and make a plan of how you will get it done. Too many people wait until the last minute to do any task and the result is not only a lot of stress in the process, but shoddy work that is far from ones’ best. This simple strategy does require discipline but in my experience it is proven to reap great rewards.

So these days, when my wife and I are not going out to do something together, I have taken my lead from great composers like John Williams and Igor Stravinsky, who are/were disciplined enough to get something done every day. They would compose each morning for several hours, have lunch, take a walk or a nap, then compose in the afternoon for several hours. Every day. Whether they wanted to or not. Sometimes they would look at what they did and throw it away. Sometimes they would write only a few measures in a day. But sometimes their disciplined time bore rich fruit. The process of writing every day for a dedicated amount of time allows/allowed them to be tremendously productive. I have used this strategy in the past and now, with much more time at my disposal, I am employing it every day. And it is a rich time of research and writing.

But no one should be fooled; this is real work! Yesterday, I spent four hours on the hunt for a small piece of information that will amount to no more than a few sentences in one of my books. I was doing some genealogical work, tracing a family tree in hopes of finding the relationship between two people who had the same last name. Two Civil War veterans who were in the same regiment. One was a corporal, one was a bugler. Were they related? If so, how? It seemed like a needle in a haystack, but after a day’s work, I had my answer: they were first cousins. And I had an interesting fact that will enhance my discussion of this family. But it took time.

More on all of this in future posts. For now, at the top of this post is a fragment of a letter, written to me on February 14, 1994 by my teacher, mentor, and friend, Edward Kleinhammer (1919-2013), who played bass trombone in the Chicago Symphony from 1940-1985. He was a remarkable person, player and teacher, and his deeply-held, vibrant Christian faith informed everything he did. I saved the hundreds of letters he wrote to me over the years and they are a wealth of wisdom. [And, yes, one of the books I plan to write is about Edward Kleinhammer.]

His words speak for themselves. This was a man who knew the word discipline, the value and importance of the disciplined life, who understood the need to manage time, to get done what was important, to sacrifice present pleasures for future rewards. He was not allergic to hard work. Take some time to digest his words. “Laziness was not in the dictionary.”